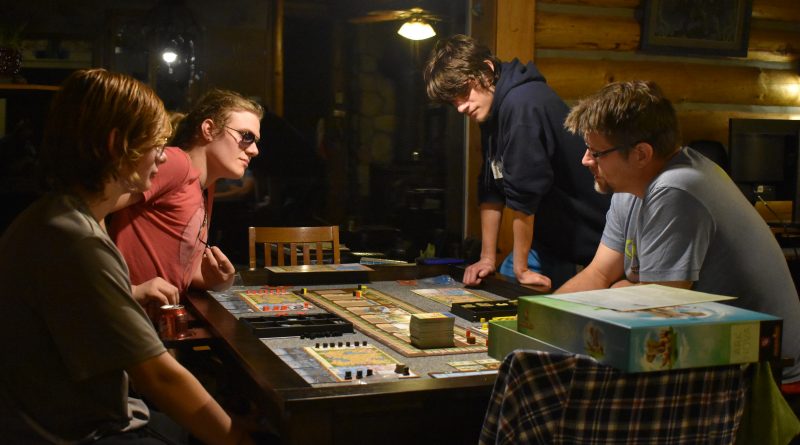 Me to Scruffy–“Just put your board games on the shelf. You don’t have to meticulously organize them.”

Scruffy–Stares at me in horror.

Judah–Also stares at me in horror. “You’re supposed to be the voice of reason instead of sowing chaos!”

Epona–Asks Theo what his favorite level is on a video game they like.

Theo–Mentions his love of her least favorite level, the one with the zombies.

Theo–“I’m an edgy teenager, of course it is my favorite.”

Judah–says something less than complimentary about coffee.

Scruffy–“It sounds to me like you’re dissing coffee … and coffee addiction!”

Scruffy–“Soda is like the unholy combination of both sugar and caffeine.”

Theo–Puts a letter in the camp mail that “smells like revenge.” When I ask him to clarify, he explains. “Revenge smells similar to sharpie, but a different kind of sharp!”

During staff meeting at camp, a counselor throws a blanket that accidentally slaps me in the face.

Brennan–“Hey, you hit my mom and she’s old and frail!”

Me–“Can you go and make yourself a taco, please.”

Theo–“A taco? A taco! You underestimate my consuming powers!”

Me–“Theo, you should get rid of that shirt. It’s so thin, I can see your bellybutton.” 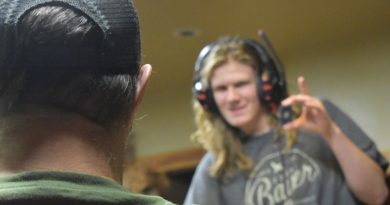