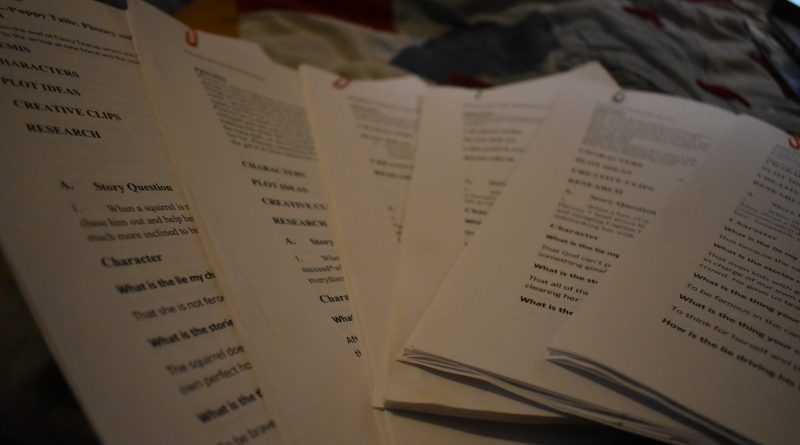 NaNoWriMo is a challenge that I didn’t let myself even dream of for years. Thirteen years to be exact. I watched friends and local librarians win their NaNo challenge every year with a wistful sense of longing. 50,000 words in a month just seemed impossible with three rambunctious boys in the house. My writing time was stolen in the early morning hours before my family awoke.

Then, when my children were six, eight, and ten, I accepted a dare. Write a novella in a month and try to sell it at our local writer’s conference. There was an editor of a small press coming and they had spelled out exactly what they wanted. So, it almost felt possible. They wanted a 30,000 to 35,000 word romance set in Copenhagen, Denmark that included a friendly dog, a gravel road, and afternoon brunch. There were other options, but that was the one I picked. Dogs! I could totally do dogs! Though my heart pounded, a dare is a dare. I wrote the rough draft in a month, edited it, and sold the novella.

That November, I found the courage once again to try. I attempted NaNoWriMo and squeaked across the finish line with 200 words to spare. Fast forward to this year.

This was my sixth NaNoWriMo. It was a really hard month and not because writing 1,667 words every day for 30 days is tough. I mean, it is, but that fun and difficult writing quest happened in the middle of craziness and loss this year. First, the craziness. I do two months of prep work before NaNo. In September, I write a month’s worth of blogs and schedule them. In October, I outline my novel. But after a one-on-one with an editor at a virtual writer’s conference, I changed what I wanted to write. Originally, I’d outlined two middle grade novels and possibly three chapter books. Upon learning of the editor’s interest in chapter books, I decided to go all in. In that insane last week of October I wrote two more chapter book outlines in a madness of typing and crazed creativity. Actually, at the end of November I ended up having to write a sixth outline since I wasn’t going to get my words. Then my laptop battery wouldn’t hold a charge. Which is normally not a problem as you just keep it plugged in and write. But then our power system was having issues. We have to produce our own electricity at the remote Bible camp where we live and that means a generator with a bank of large batteries. It was on the fritz and sudden power outages would cause my laptop to shut off at random moments. Sometimes I had saved and sometimes I had not. Even though Word saves automatically every five minutes, I do word sprints for NaNo and so I could lose as much as 250 words if the computer shut off at the end of a five minute sprint. Then my laptop started just shutting off for no discernable reason, even though it had power. I had to take it to a shop in the middle of NaNo, which was stressful to say the least as I waited for them to be done and counted how many words I was not writing as the technicians battled with my poor laptop’s mechanical illness.

So, I was writing along all stressed and happy and overcoming and victorious and then grief walked in the door and slapped me in the face.

I put my Nano project aside and revised a picture book manuscript about grief.

I was asked to write the obituary for someone our whole family deeply loved. So, I wrote it.

I write out my love. I write my heartache. I write my grief and my loss. How could I write the hilarious children’s stories I had planned for this November? The answer? I couldn’t. Not for several days. For a time, I could only write from a place of sorrow.

Then through the tears, I wrote just a little bit on my goal. I stepped back into the world of laughter a few words at a time, even thought I felt so numb. For three days I was doing pretty good. Stopping to cry, yes, but still writing. Then we went to the funeral and I didn’t write a single word for two days.

You can’t do that during NaNoWriMo. But some things are more important. Scruff and I spent those days weeping with people we loved. It was hard. It was vital. It was part of God’s call upon us. Weep with those who weep. Such an important thing.

We came home and I faced the blank computer screen again. It almost felt wrong to try. Striving for a writing victory felt selfish, shallow, far too simple a thing in a world that contained so much darkness. But God has called us to live, even in a dark world. To love, even when that love causes more pain than we imagined we could ever handle. To press forward.

Forward for me, means writing. Not just writing, but writing light and laughter and goofiness. My project was comedy. How on earth was I supposed to write comedy?

So, I started again.

I typed, I cried, I felt numb, and I typed some more.

It is a little thing in the face of grief. But I will grab up this little victory and hold it high. We lose all the time, it is good to have a win. I finished six chapter book manuscripts this month. I wrote 53,840 words. That, my friends is a win. I’m going to wear my NaNoWriMo shirt when I take Princess Leia Freyja into town to do therapy dog work today and allow myself to be pleased about it.

When you win, celebrate!

Even when the very act of winning hurts. 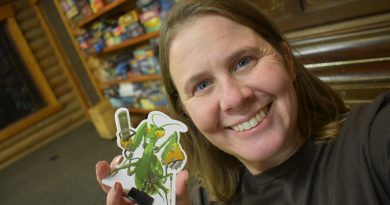