This week the boys made an interesting natural phenomenon out of couch cushions and blankies. It was called “Jellyfish Canyon” and had a little tunnel through the mass of fabric that the boys could crawl through or cause to collapse upon a sibling. Very fun. There were of course several earthquakes.

During this last seven day period it seemed that no matter how hard I tried I did something wrong. One of the boys pulled down the hefty stick that we keep wedged in our windows to prevent any small children from falling to their doom. The stick clattered down and bounced several times almost striking both sweet boy #1 and sweet boy #3. I gasped in alarm and rushed to replace the stick…only to accidentally whack sweet boy #3 in the forehead with it as I did so. So sad!

Then sweet boy #2 got a random injury and just as that occurred sweet boy #1 began to wail in agony as well. This often happens as it is always difficult to be the uninjured party and watch while your brother writhes in pain and receives excess amounts of comfort. And so neither the hunky hubby nor I took him seriously. He said his ear hurt really bad from wrestling but that was several minutes ago and why hadn’t he complained at the time? But to our horror on the next day I discovered that sweet boy #1 had hurt his ear wrestling. The skin on the back of his ear had been rubbed away by the carpet leaving a great painful scab. Thus a lesson for the wise. Whiny kids get hurt too! Poor guy.

And hopefully hopefully I have reached my quota of parenting mistakes for this week. 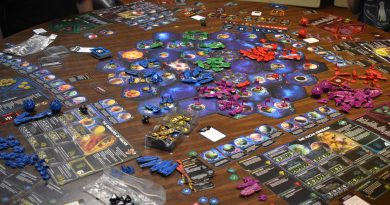