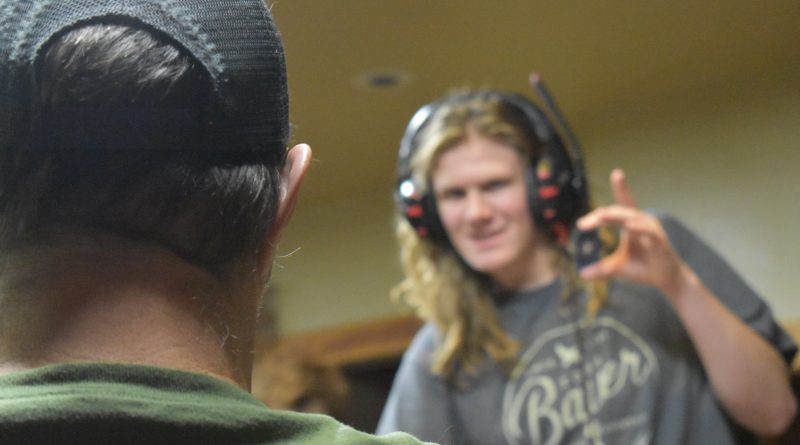 Theo–“When I take over the world, I will allow Memeland to continue as an independent nation because Memeland is awesome. They are worthy!!!”

And what was my budding young tyrant listening to on his phone … 1960’s Paul Harvey.

Theo and Brennan wrestling for 2 minutes over soda.

Me–Encouraging them to not hurt one another.

Scruffy–“A little crying is good for you. Builds character.”

Judah–“My, what a terrible father.”

Judah–“Ignorance is not bliss. Anyone who says that is ignorant.”

Judah– … stares at brother and continues to explain.

Epona–“It’s great for people like me who are easily frozen.”

Brennan–“In my basketball game, I got smooshed by two people running from each side. My rib-holder hurts.”

Scruffy–“I hurt my sternum once and it hurt for months. Good luck!”

Me–“Did you go to the doctor?”

Brennan–“Well, I didn’t get run into by 20-year-old muscle hams!”

Theo–Opening his Christmas present which was a raven skull walking cane–“Mwahahaha! I feel that I should be resurrecting dinosaurs or something!”

Judah–Working on his Lego–“This is ridiculously complex. I love it!”

Scruff breaks a belt and tosses it aside. I find it.

Me–“Is this the belt that was broken?”

Judah–With a smirk–“Are you going to reforge the belt that was broken?”

Scruffy–About to start a video game that Judah has been teaching him.

Judah–“Dad, are you dong better today? Last time you refused to make any decisions on your own.”

Theo–Telling us about the strange new animals he has discovered online.

Scruffy–“I believe a lot of things about Australia, but I have trouble believing in a possum-eating spider.”

Theo–“I’ll believe anything about Australia.”

Theo–“I haven’t had enough cheese today to be this evil.”

Theo–“Cheese is the root of all evil!”

Theo–Applies online to sell his face to robot manufacturers.

Theo–“Bomber, have you sold your face to the robot people?”

I clean a spot for the Christmas tree. Then tell the boys, “Don’t you dare put anything there.”

Later, I find a piece of paper sitting directly in the center of the clean spot. On the paper is written a single word in Brennan’s handwriting, “Anything.”

Theo–“I’m the evil midnight bomber what bombs at midnight … of course it was a sneeze!”

Me–“Where is your shirt?”–seeing that he has wrapped a blanket around his bare chest.

Theo–“I don’t have a shirt … but someone stole my phone and replaced it with a small green monkey!” Bomber or Kanga put baby Yoda Lego in place of phone.

Epona–“Are you releasing your inner Roman by wearing that toga?”

Theo–“There’s a reason Romance has Roman in it!”

Judah–“I don’t understand how your voice can have such volume.”

Theo–“Surfing with victory on a wave of …” he thinks for a moment, “something cool!”

Epona–“This alarms me. What does your phone smell like?”

Theo–“Mirrors do not reflect time.

Bomber–“What if I set a mirror by my herb garden?”

Theo–“I don’t have an evil lair, therefore I cannot scheme.”

Theo–“You’re such a child, Kanga.”

Boo Boo–“Bacon may not last forever, but it does last a very long time.”

Camo Man–“Wherever there is a good shovel, there is hope.” climbing onto Grandpa’s woodshed to shovel off 5 feet of snow.

Scruffy–speaking to Judah while he drives–“Can you drive a winter road while dodging a rubber chicken?” Menaces oldest son with chicken while he is driving, but does not actually attack … for safety reasons.

Bomber–“I am worried for the safety and wellbeing of my velociraptor?” She made one out of a sticky note.

Scruffy–“Dauntless, are you here next weekend?”

Judah–“Brennan, put my sword back! I don’t trust you. Never do that again!”

Brennan had simply picked it up.

Scruffy–“Wait! None of these movies have zombies in them!”

Scruffy–“Well … that depends how comfortable you are with the animation in Storks.”

Epona–“In heaven, I am most excited to sword fight the angels because no one will be able to get hurt! It would be like Smash Bros … but in real life.”

Scruffy–speaking of Boo Boo–“I have to make her mad a lot, so she’ll remember me when I’m gone.”

Epona–“At least in heaven I’ll be able to fight all the bears I want without dying.”

Theo–“I have not been bitten by any technological snakes.”

Me–“I will be victorious, I will pull your pants up!” –Yes, our blond son was wearing scandalously low trousers to school and I chased him around the house with a belt. Thankfully, his father got him a black studded belt that is properly ominous and he has condescended to wear it. This was before that belt.

Bomber to Epona–“Much to Epona’s chagrin, I think that any chocolate is lint flavored if you leave it in your pocket long enough.”

Epona–“Why would you have to run efficiently when you’re pretending to be a horse, Judah!”

Judah–“–My mind is in so many pieces.”

Scruffy–speaking about winter driving–“He’s not going to die. This could be a mistake he learns from. If you die, that’s a mistake you’ll never make again.”

Bomber–“You are one more step away from being a raccoon.”

Bomber–talking about Theo and Brennan being back at school–“It’s so inconvenient when your minions start getting an education!”

Kanga–“It’s either logic or philosophy.” 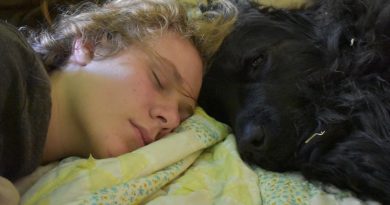 One thought on “Boy Quotes”