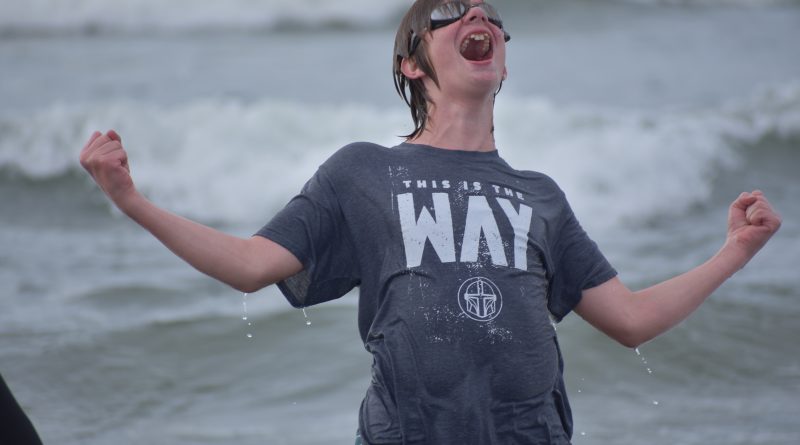 That is the sound of a forty-three-year-old woman as she sits, trapped, in a vehicle wielded by her enthusiastic teenage son. Only, she does not actually let herself make this sound, it stays deep inside, along with any curses she might be tempted to utter. Curses that might seem appropriate, but that might not honor her Lord!

Yes, indeed, Scruff and I have had the honor/terror of teaching both of these frolicsome young men how to drive. In fact, we even helped teach one of our camp interns last year.

Teaching another person to drive is terrifying. Anyone who says differently must not have been stuck in traffic for four hours because first responders were cutting a lady out of her car, must not have had an SUV flip and roll across the road in front of them, must not have watched wide-eyed as a truck burned along the side of the road. Perhaps these easygoing souls lack the imagination to put themselves in those crushed vehicles or to think what a slip of the wheel might do at highway speeds. Most of us have a healthy imagination and that means that teaching someone to drive is an exercise in mental control. It is also an incredible gift.

What we, as experienced drivers with great imaginations, immediately think of is our stark terror. We can forget how important it is for every beginning driver to have a calm and brave older driver in their lives. They need someone to put their faith in their ability to learn, to set aside their fear, and to show confidence in their ability so that they in turn have the confidence to proceed.

Yes, teaching another to hurtle down the highway can feel like an act of raving lunacy. But think about it, someone else was brave so that you could learn. I have a friend whose parents refused to drive with him. They each tried once and then told him that he would just have to pass the test on his own, without practice. The experience was too much for them.

When I choose to supervise a young driver’s practice, keep my voice calm when I feel like shouting out helpful things like: “By all that is Holy, that is a 100 foot cliff to our left, not simply a driving suggestion!”, and show that I am confident that they will learn this vital skill, it is a gift.

Whether you teach an eager teen or calm adult, the terror is just as strong. But I encourage you to remember the incredible gift you are giving instead of that near miss with the squirrel and unexpected parked car. Teaching isn’t easy, but we all need it and if you are just a bit braver than you would like, you can bestow a little bit of grace to another, just like you yourself received.

One thought on “The Gift of Driving”