I was reading in the book of Numbers for my personal devotionals last week. I know, why torture myself. But I like to read the whole Bible and sometimes the books that you least expect to bless you will do just that. I don’t want to miss out and so yes, I read Numbers too.

There are some Biblical scholars who believe that King Josiah invented the entire Pentateuch (the first 5 books of the Bible) in order to force reform in the nation of Judah. A disturbing theory, indeed. But why on earth would King Josiah invent the book of Numbers? There are a few rules and regulations concerning sacrifices and feasts, but the book doesn’t stop there. It has huge lists of people. Huge boring lists of people. If you were going to deceive a nation and control them with a bunch of new rules, you would just invent the new rules and maybe a few cool stories. Why on earth would Josiah spend the time to write out these long boring lists full of imaginary people?

Unless it was real history. Unless those people actually existed and Moses actually counted them and wanted to record the event for posterity, no matter how boring.

So yeah, I am enjoying the book of Numbers. There is so much there, even in the boring bits. 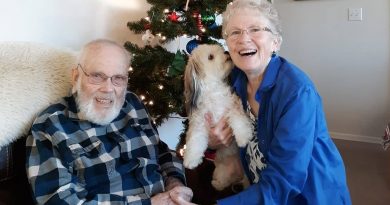 The Many Shades of Grief