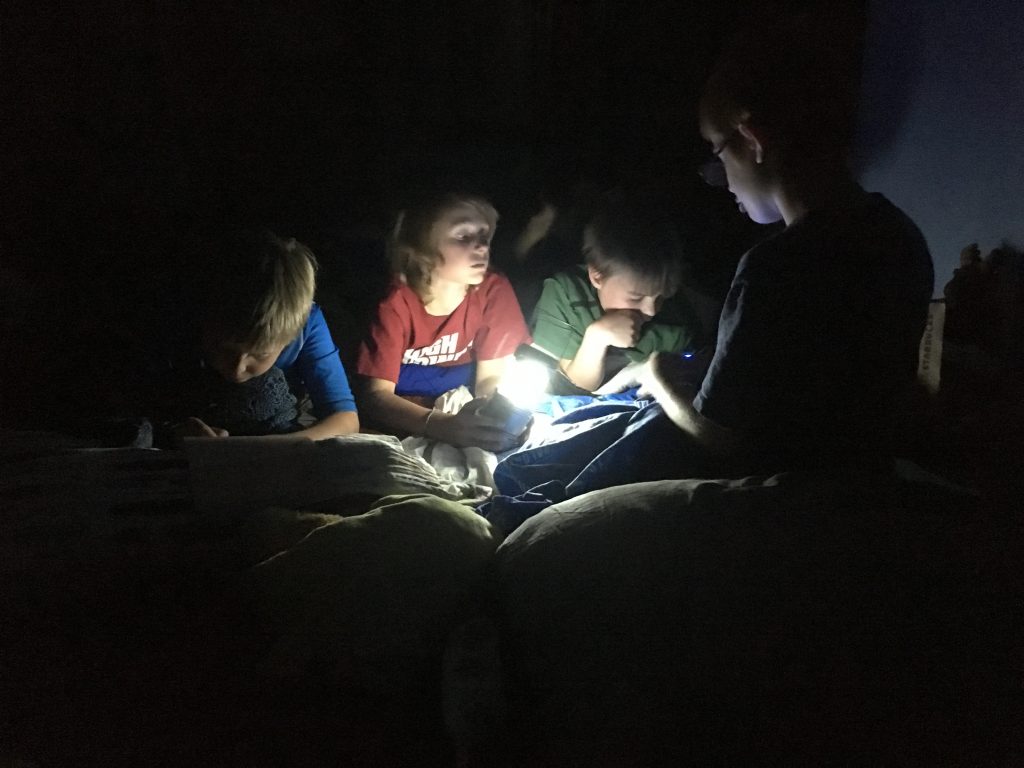 5 Classics Your Kids Will Love

A classic adventure story in every sense, Treasure Island is a family favorite. This is one of the fastest paced classic books that I have ever read. Never a dull moment and full of pirates and mystery and the terrible lure of treasure and the ache of betrayal. Yes, there is some violence with all the swashbuckling pirates and their evil plans. But if your kids enjoy adventure stories, they will love Robert Louis Stevenson’s classic tale. Treasure Island would be a great choice if you are looking for that first classic novel for your kids.

Our family’s favorite way to read classics is by listening to them on audio book in the car. After only watching the various movie versions of this story, it was a bit of a shock to realize that this classic tale is in essence a ghost story. My children were perhaps a bit young when we first jumped into this amazing story of greed and redemption, but we stuck with it and were so very glad that we did. Yes, it is spooky, but beautifully written with enough action to keep my three boys interested. In the end it is a tale about second chances and redemption. About leaving behind what you were and becoming something better. A powerful story and with ghosts! What more could you want? An amazing literary experience, whatever your age.

Sir Arthur Conan Doyle’s adventure in the Amazon is one of literature’s first dinosaur stories. Hack through the vast jungle along with our heroes and discover a world untouched by time in which the great creatures of old not only thrive, but rule. One of the most fascinating things about this book is seeing an early view of dinosaurs. The mighty Allosaurus, a creature with large hind legs and small forelegs, is given some of the habits of the kangaroo. He hops about instead of using the thunderous running charge that modern stories give him. Fair warning, there is some racism and imperialism in this story. However, I found that these moments can be a great opportunity to talk with my children about respect for other nationalities and cultures. Also, the love story does not have a happy ending, not a tragic death, just a parting of ways. Despite these drawbacks, we consider The Lost World an adventure story that is well worth your time.

Around the World in 80 Days

This is probably the first classic that I read to my sons and they absolutely adored it, despite the difficult language. It is an adventure story with a touch of romance and yes, despite being certain that the story will not work out at the finish, there is a happy ending. Exotic locals and hair-raising adventures coupled with a race against time make for a fabulous read. There is a deeper level to this story as well as a man of precision and pride circles the globe before he finally realizes what he truly values. This one is a family favorite which I read to my boys before our youngest was in kindergarten. Such a fun book!

The Hound of the Baskervilles

This spine-chilling classic is sure to please if your kids can wade through the more cerebral moments as Holmes displays his mental prowess through lengthy exhibitions of reason and deduction. This book can be quite frightening as the mysterious hound haunts the moor and it looks more and more like a ghost and less like the evil machinations of a human antagonist. Fear not though, there is a flesh and blood villain behind these hauntings. The most frightening portion might be the old legend that is told at the beginning of the book, where the infamous Hugo Baskerville kidnaps a young maiden and the hound tears out his throat as he chases her across the moor. As an adult, I could read between the lines and see that this kidnapping was not for the purposes of having tea and cakes with the girl. But younger readers will simply feel the sense of danger without realizing Hugo Baskerville’s darker intent. The story follows Dr. Watson as he attempts to discern the source of the phantom hound at Baskerville Hall. Meet the various suspects, see the ghostly hound bounding about and causing havok, and attempt to hold onto your reason as the canine apparition appears to actually be the villain. But Holmes and his logic will win the day in the end. If your children enjoy a gothic tale or ghost story, The Hound of the Baskervilles is sure to become a favorite. But if they are prone to nightmares, I might save this one for later. The high vocabulary can be daunting, so try listening to this one on audio book in the car.

There you go my friend, five classics that have enough action and adventure for young readers of today. May you and your children read and enjoy!

5 Books About Bullying Your Kids Will Love

5 Books About Dragons Your Kids Will Love