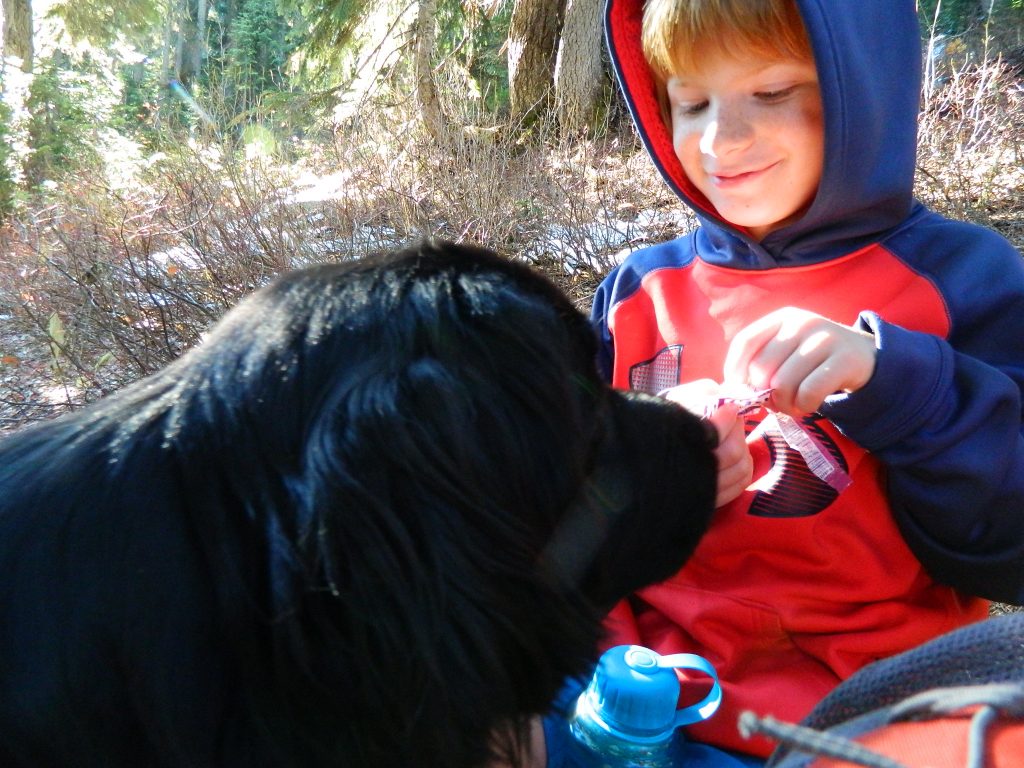 Sweet Boy#2–“I just saw something Epic!”–He then proceeds to tell us about three battle royals between Ewok the chicken and a rogue squirrel over the chicken food. Ewok was pecking and kicking and the squirrel actually ran across Ewok’s back like a fuzzy demon. Ewok 2, the squirrel 1, as it ran off with some food despite Ewok’s fierce attack.

Sweet Boy#3–With twinkling eyes–“I don’t think you should try so hard not to swear, Momma. We want to hear you swear at Daddy!”

Sweet Boy#2–“Grandma Judy’s house smells like these (B vitamins).”

Sweet Boy#2–As I am ushering him back to bed, again, at 10:35, two hours past his bedtime–“Mom, you look like you haven’t had your 9 hugs today.” I allow him to delay his return to bed, just long enough to give me 9 hugs. Humans are supposed to have 8 hugs a day, but of course I did not correct him.

Sweet Boy#2–“My band teacher said I’m not allowed to bring my music book to class because it smells so bad.” This was after he decided to “save” his smoothie from school breakfast in his backpack and Leia sat on it causing the Smoothie to explode all over everything inside, including his band book, which has begun to mold.

Leia Freyja–She stands by the fridge staring at the meat drawer and so The Hunky Hubby gives her an old hot dog. Later, she whines as though she needs to go outside. But no, she gets him out of his chair and goes and stares at the fridge again. He got her another hot dog. I think her people are officially trained.

Sweet Boy#3–We were talking about when his brother got rolled by a sneaker wave–“Was there an octopus stuck to his face when he came up? All the best cartoons do that.”