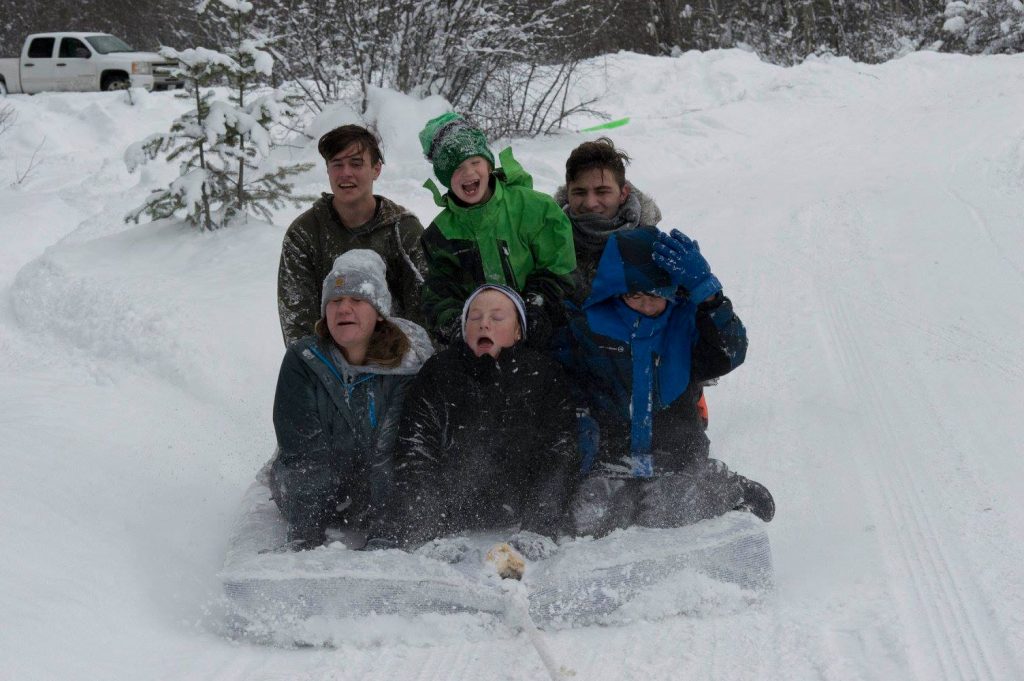 Sweet Boy#2–“I fell asleep in the tub, on a banana!” –Yep, he took a snack with him to the bathtub and it ended up giving him even more stuff to wash off than before.

Sweet Boy#3–I try to wake him up for school after Christmas break–“The pillow has a tractorbeam.”–He is unable to pull himself away.

When the boys played “Mechs and Minions” with The Hunky Hubby, all the dice rolls went their way…and so they wanted to play again as it didn’t seem fair…or perhaps they just wanted to play again. But don’t worry, it was much harder the next time as the nice reverted to their normal cruelty.

I caught the boys launching gloves up the stairs using the huge rubber band things that The Hunky Hubby was supposed to be using for Physical Therapy for his shoulder.

Princess Leia wakes me up at 3:00 am several nights in a row. No, she didn’t need to go potty, although she wakes me for that too. No, she didn’t want a drink. Finally, she went back to sleep as soon as I turned off the heater. She did this at least twice, woke me up to turn off the heater. It is four degrees below zero here, but our dog is too hot.

I stealthily open a can of sardines for lunch while Leia sleeps on the couch. All seems well until she suddenly leaps off the couch and stumbles around the room, sniffing wildly, with a bleary half-asleep look on her face. She rushes past me, nose working furiously, and then stumbles around. Aha, she spies the sardines, just about the time that she fully awakens. Apparently her nose is the first part of her to rise, followed by her legs, and then her facial expressions. Her big brown eyes express the deep betrayal that she has experienced. How dare I eat sardines without her!

The photo above…well here the boys are “Mattress Sledding” with some of our camp staff. Don’t worry, The Hunky Hubby drove very slow, but I think they had fun even though they kept begging him to gun the engine.