This week I took a day off from my workbook to gather all of the portions of my story that were supposed to be in Spanish and sent them to my illustrious bi-lingual Aunt and her family in Colorado. Then it was back to the Writing the Breakout Novel Workbook for chapters #20, #21, #22, #23, and #25. Yes, I skipped one of them but that is only because that exercise requires a tension tune up on every single page of your manuscript and I will save #24 and do it when I go through every single paragraph of my manuscript in my final polish. Might as well do them both at the same time.

Chapter # 20 was “Creating High Moments” and I went through my story to make sure that I had moments of epic forgiveness, self-sacrifice, changes in personal direction, moral choice, and death. This chapter instructs you to kill off one character and I’m not going to tell you whether I did or not, but I will say that I made some good changes due to the author’s suggestions. Chapter #21 was on “Bridging Conflict” which is the use of smaller conflicts to keep a reader going until the larger conflict comes on scene. Chapter #22 was “Low Tension Part 1: The Problem With Tea” in which I was supposed to cut any scenes that had the hero bathing, drinking tea or coffee, smoking a cigarette, reviewing prior action, sitting in a kitchen, a living room, an office, or traveling in a car. If I absolutely could not cut these scenes I was to make them critical and engaging with mass quantities of tension. I was pleasantly surprised to find that while I did have a couple of driving scenes both of them contained riddles and social blunders around cute boys and tension in various quantities, my kitchen scene involves kidnapping, and my office scene sees the heroine drugged and dragged away into the jungle. So while reality might very well be a problem for me apparently tension…not so much. Chapter #23 was “Low Tension Part II: Burdensome Backstory” in which we were instructed to move all backstory past the midpoint of the manuscript. Now my first draft was like this and it seemed more confusing than I had wanted and so I added a short two page prologue to augment my hints and cryptic passages. Did I do the wrong thing? Perhaps, according to Donald Maass I have blundered terribly. But I like it and I did try it his way first. Chapter #25 was “First Lines/Last Lines” and I made some positive changes, especially to my last line. This lesson was really fun as you got to see the first and last lines of several best selling books and evaluate them. Good times. 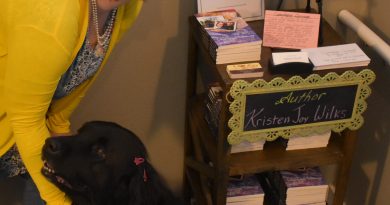