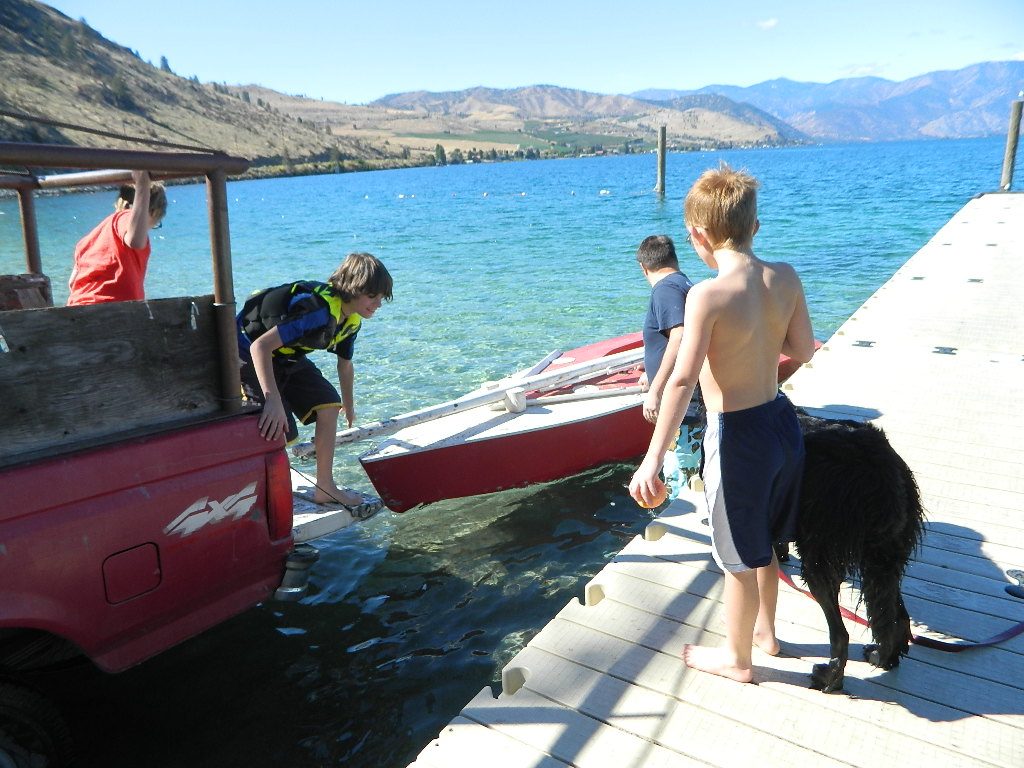 This week we took the chance to use Sweet Boy#1’s sailboat before the snow flies. 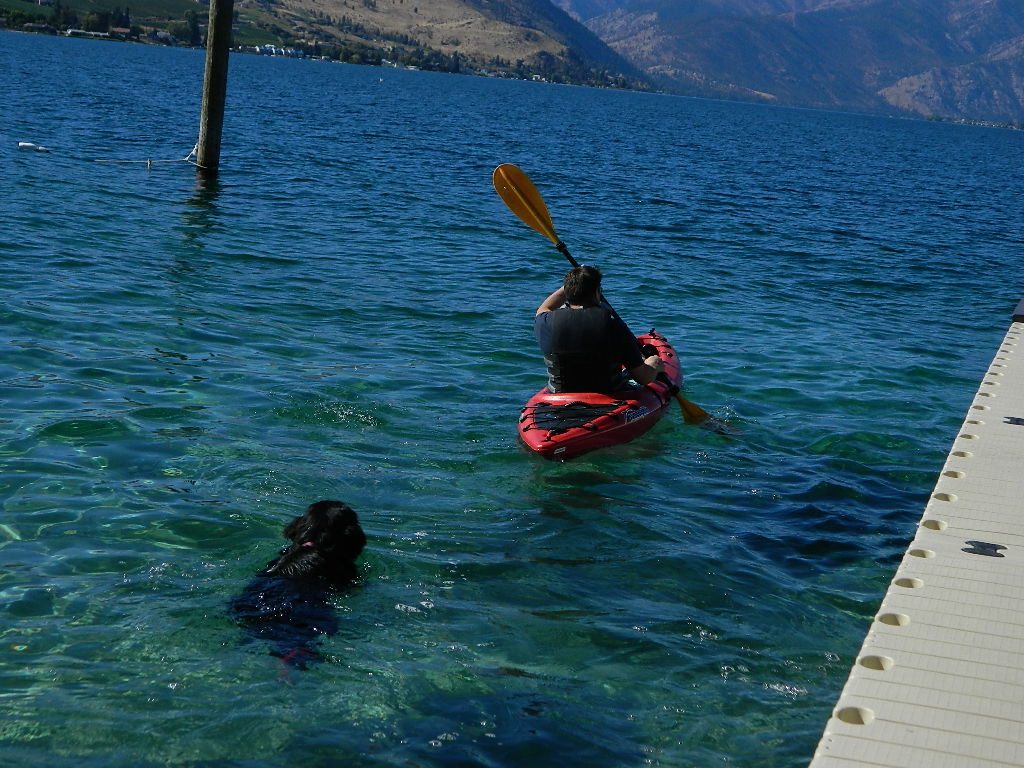 Choco came and helped us figure out how to get the sailboat going. He also brought a kayak that he let us paddle around in. Princess Leia was greatly concerned. She felt that both kayaking and sailing were very unsafe and needed canine supervision at all times. 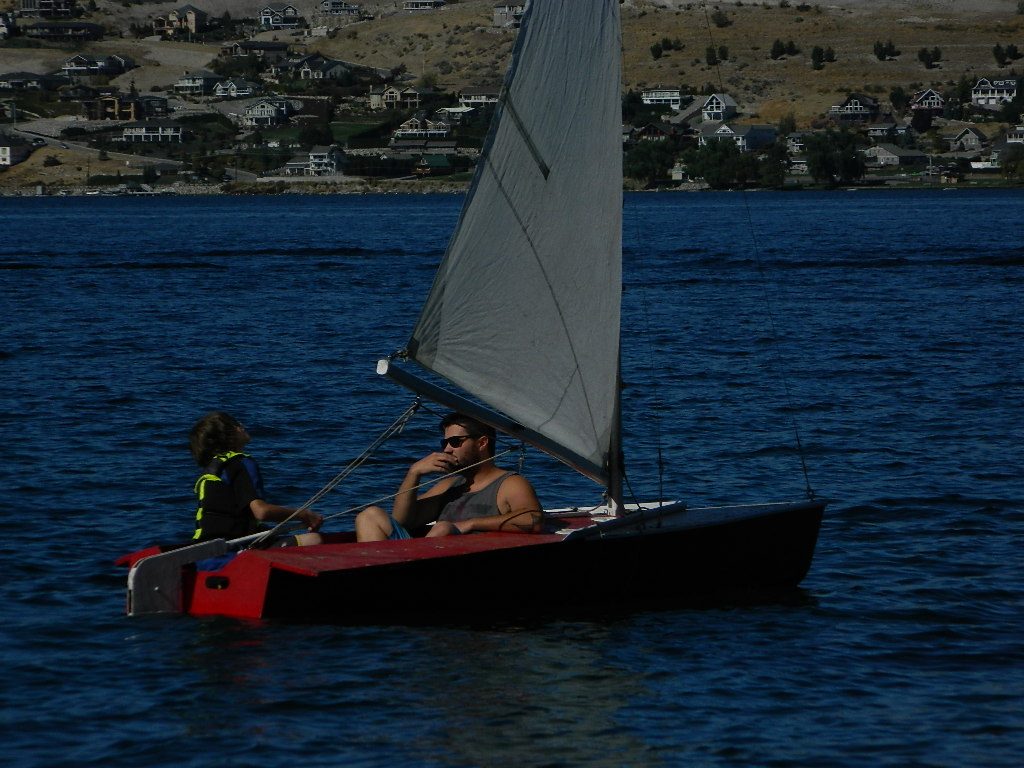 Sweet Boy#1 took his boat out with Choco for a quick spin to reacquaint himself with the do’s and don’ts of sailing. 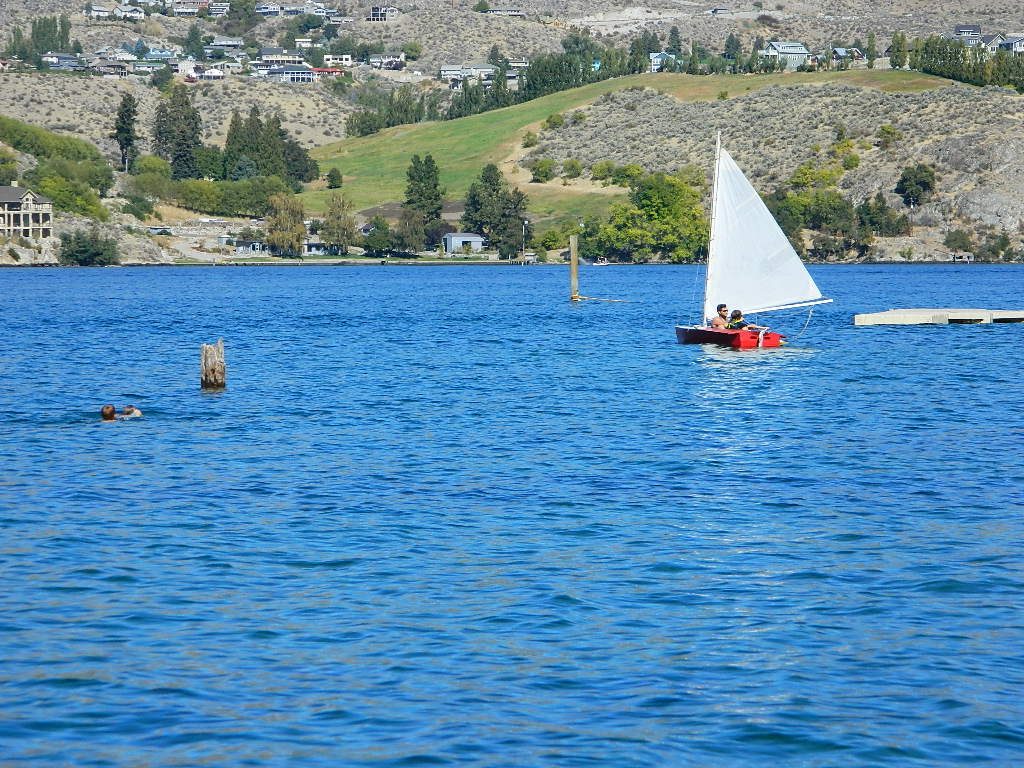 Sweet Boy#2 and Sweet Boy#3 promptly swam after them. 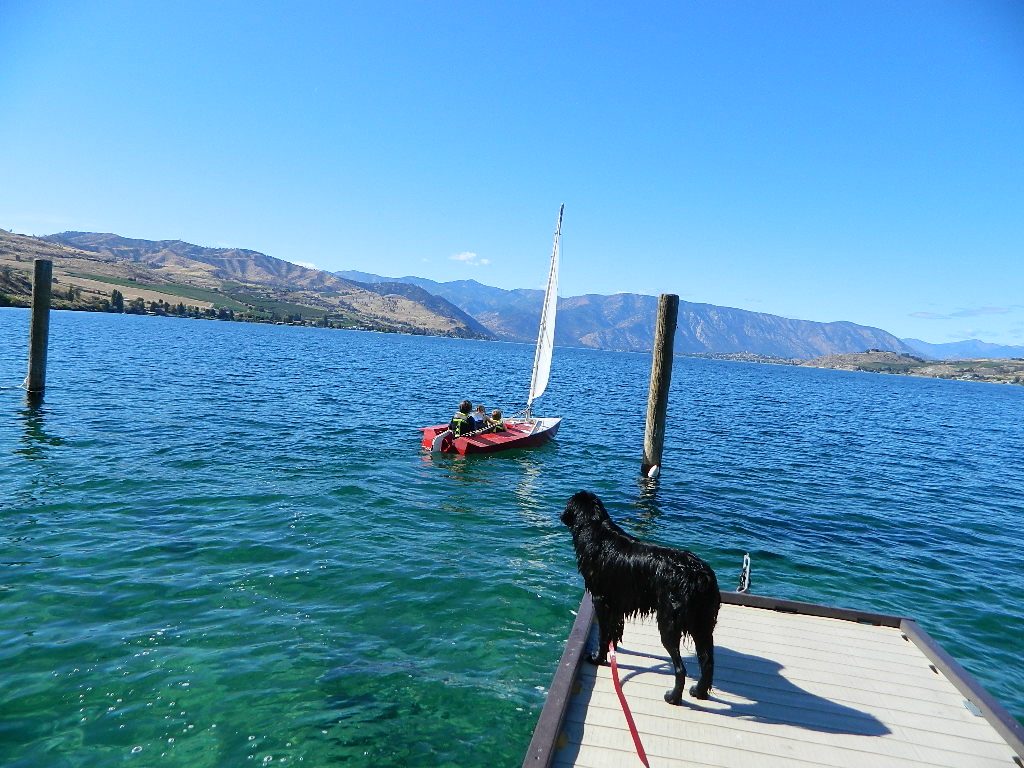 While Leia worried from the shore. She was even more concerned when Sweet Boy#1 was given the go ahead to take his brothers for a ride. 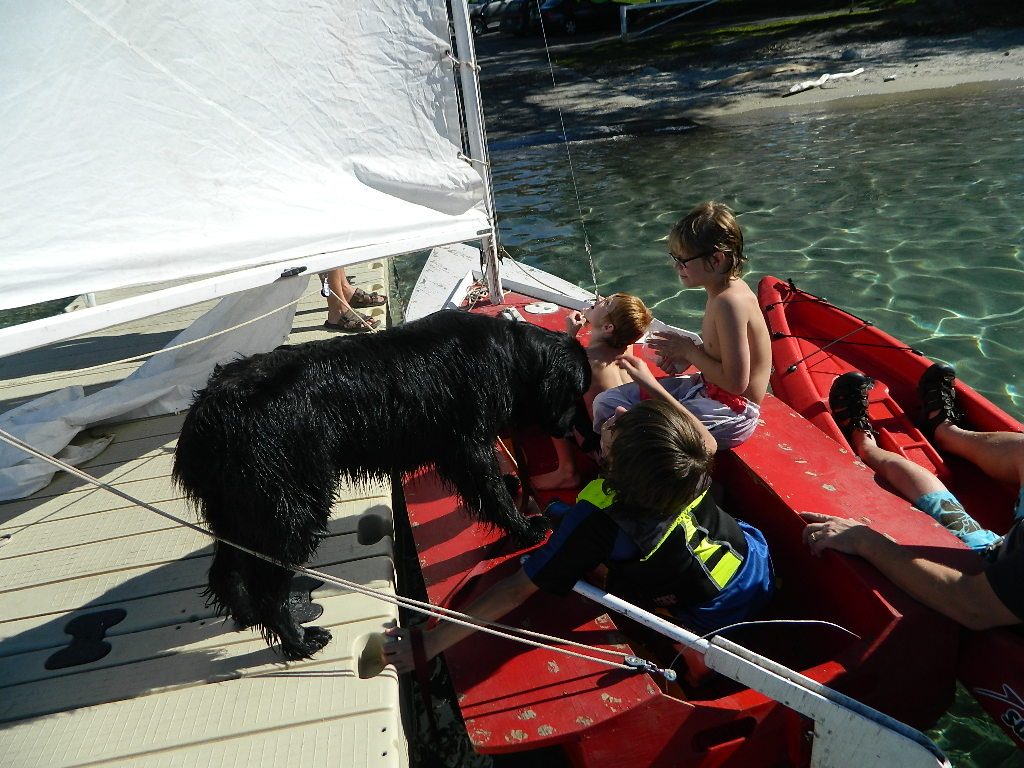 But she had a plan for saving the day. First she put her paws on the boat, but the it drifted farther and farther out until she fell into the drink. Then she spied a piece of lunch meat that was unattended on the sailboat and decided that both the boys and their lunch absolutely needed to be supervised. 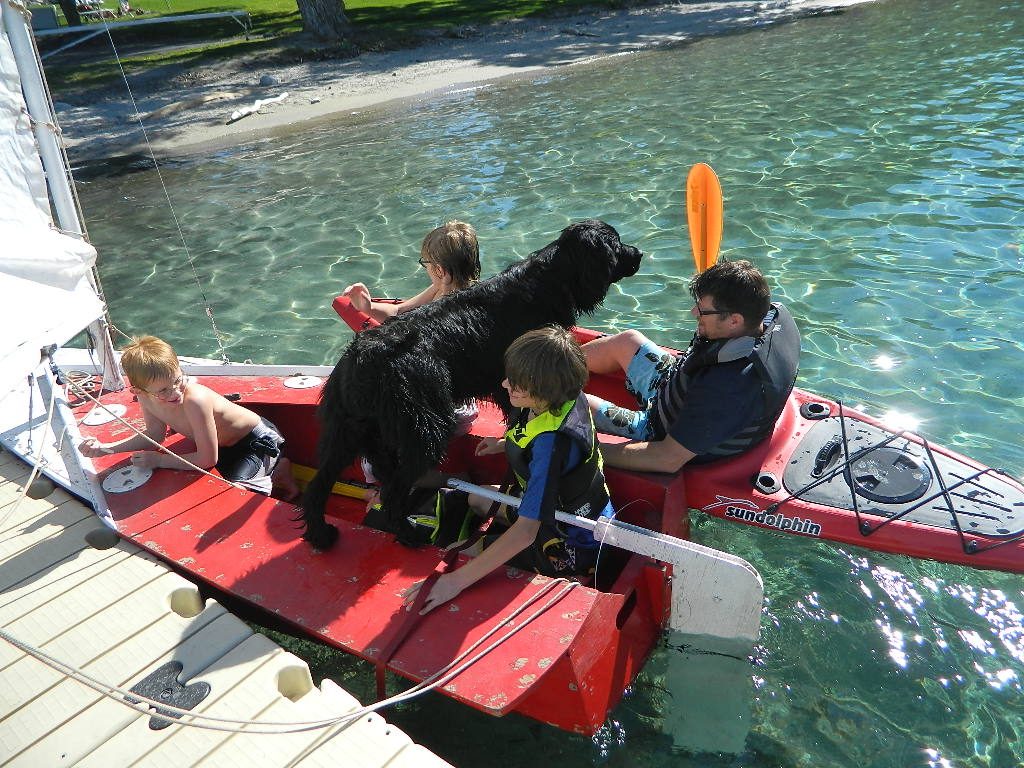 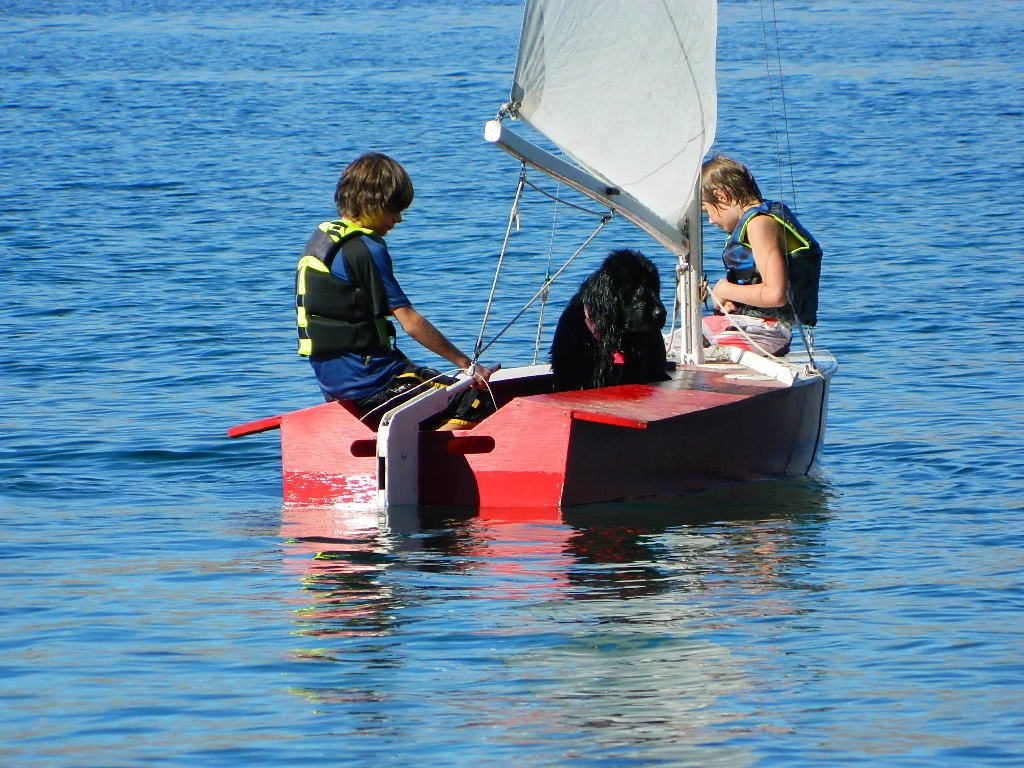 Things went smoothly until Leia spied some scary rocks and was barking at them so fiercely that she almost capsized the sailboat. She ended up in the lake again…there is a slight chance that the captain felt she was a liability and gave her a little help. On the drive home, she also felt it imperative that we be rescued from an entire box of costco pizza and battled her way, nose first, through children and over car seats to thwart that dangerous Italian food. What a helper. A fabulous way to end the summer.