The winner this week…

Now, normally I simply do not go to weddings. The Hunky Hubby goes to them and I stay home with the boys. They are much too active for weddings and I am often overwhelmed by the sheer volume of chatting required at such an event. But this weekend one of our former counselors whom both The Hunky Hubby and I babysat when she was a little girl was getting married. Plus they were having their wedding at camp. This was a must-go-to-wedding.

While I was getting into my wedding attire, The Hunky Hubby attempted to herd our 3 sons down to the rows of chairs in the meadow. By the time I got there, 2 of them were missing. “Where are the boys?” I hissed into his ear. “They ran off into the woods, that way.” He hissed back. Hmmm… There were some subtle crashing noises and a few guests remarked that perhaps a bear had chosen to join the ceremony, but they are 8 and 10 now and so I let them be and enjoyed the ceremony with our six-year-old snuggling on both our laps and our neighbors dog wagging at my feet. Chopper had escaped his confinement in the house and followed me down to the meadow. Sweet Boy#3 was in his wedding attire, nice jeans, a button down dress shirt, and his dark camouflaged ‘Ranger’s Apprentice’ cloak that his Grandma Judy sewed for him.

After the ceremony, Sweet Boy#1 and Sweet Boy#2 magically appeared for the food and Sweet Boy#3 brought down his bike and zoomed around a bit with his cape flying behind him. Zoe, one of our favorite camp counselors asked our youngest if he liked weddings. His reply: “Only if there’s lots of food.” But there was, so things went well. They had a few lawn games out for restless guests and the boys had a great time with lawn bowling and that game where you throw the little golf balls that are attached by a rope and try to catch them on a bar. Sweet Boy#3 almost clocked several guests in the head until I rushed over and set the game up facing the distant woods. It was kindof horrific to watch a whole table full of wedding-goers cringing and ducking for their lives as small missiles assailed them. The boys had no idea why I was rushing toward their game in such a hurry, but were fine with changing the direction of their game.

Sweet Boy#3 sat on my shoulders during the dancing and Sweet Boy#2 sat on the Hunky Hubby’s shoulders. We danced together, each with a boy clinging on and thought back to the days when dancing put less strain on our backs. However, there was something very special about that dance. Sweet Boy#1 went home and played Legos. However, all three boys were very eager to toast the bride and groom. I don’t let them indulge in carbonated beverages very often and sparkling cider is a greatly coveted treat. They drank almost 2 whole bottles of it by the time the toasting had ended and I had to prevent them from raiding other tables for more provisions. Then I had to find and save three empty wine bottles, complete with intact corks, for a science experiment that Sweet Boy#1 had read about in a magazine. Once I brought the bottles home, the boys washed them and added water and food coloring to make “kid’s wine” which they then proceeded to swig with great enthusiasm during story time.

All in all, a great wedding day. The boys behaved in such a cheerful manner that they even earned the books I’d been saving for them. Although packed with adventure, this was the easiest post-child wedding so far. They are growing up so fast! 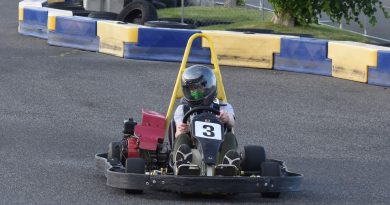