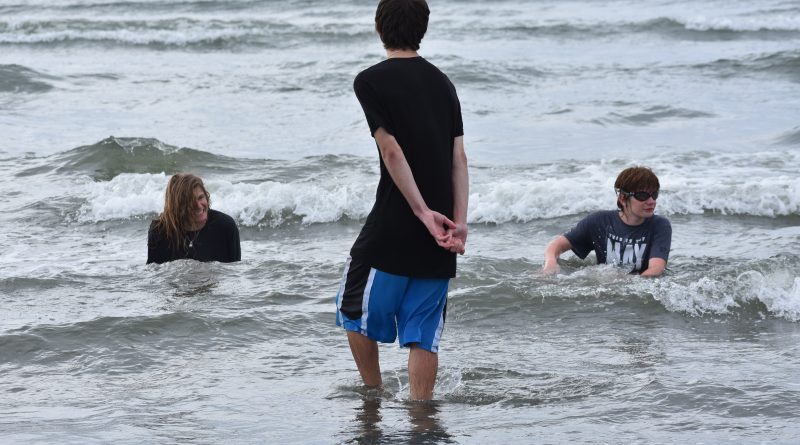 Me–“Theo, I’ve got to measure you for your tux.”

Me–“Not for your funeral, for band.”

Ahhhh, that does make more sense. If he dies, in the video game, he will be available for measurements. What does it say about me that I automatically presumed he thought I was getting him a tux for his funeral???

Scruffy–“Theo, you need to do a better job of cleaning your desk.”

Theo–“You act as if I tried to clean it!”

Me–“Are you done with that?” I point at his bowl of chili.

Me–“Then work on those beans instead of sitting on your brother!”

Me–“Did you know your history teacher graduated with Dad?”

Theo–“Yeah, and he’s like 900 years old. He taught almost all the other teachers in school. I did a pre-test on the first day of school and I did the best out of anyone because I play video games!” He then marched up to the teacher, told him the reason his grade was so good, and demanded to know why they were not playing video games in class! — It is true that Rome Total War does appear to have been solidly researched. I never would have known about “incendiary pigs” without it. Now I can never unlearn this knowledge.

Theo–“That’s because it’s ancient, like him, and Brennan used it.”

Brennan–“What is this subject, Italian Math? Am I learnig how to make a baguette or say psghetti?” Yes, he carefully told me how one spells psghetti.

Me–“I suppose I did drive faster as a teenager.”

Judah–“I can’t imagine any teen alive driving as slow as you.”

Theo–“Brennan, are you blind or suffering some sort of brain damage?”

Scruff does this thing that annoys the boys to no end. He will ask them if they want ice cream or a popsicle or a drumstick. Then if they say yes, he tells them to go ahead and get the treat for everyone out of the freezer way out in the generator shed. They have gotten wise to his trickery and usually stop themselves before saying yes. However, he has gotten even more tricky.

Scruffy–“Brennan, do you want a drumstick?” As he asks this question, he opens the door to the small indoor freezer above our fridge.”

Scruff–“Great! Can you go out to the freezer and get it?”

Brennan–Stares at the indoor freezer, looks at his dad, sighs and heads outside.

Theo–“I’m crushing!!!” –He is sitting at his desk/lair playing computer games.

Bomber the Intern–“Ha, for a moment I thought you meant crushing as in crushing garlic or something.”

Theo–“Yeah, here I am in my apothecary, crushing garlic.” –Interestingly, I see writer friends wondering how to write authentic teen dialogue. Little did they know that a fifteen-year-old boy just might insert “apothecary” into his everyday speech.

Me–“Brennan, are you the one who massacred this butter? Because you can get butter without hurting it.” –Our interns informed me that I should add this quote. I suppose it does give a snapshot of our life and how mothers of teen boys must defend the cause of butter and other foodstuffs lest they be mangled.

Theo–“I am like hand sanitizer. I have a 99% effectiveness rate with food!”

Judah–“I thought it was because you take something that normal people drink and take it to a lethal level.”

Brennan–“Did you know that when Starlink satellites reach the end of their lifetime, they will yeet themselves into the earth (burning up in the atmosphere) to prevent space garbage?” I so love teen vocabulary, how they combine complex ideas and funny words and lots of drama.

Theo–“In the original Hebrew, the first word of Genesis doesn’t mean ‘in the beginning.’ It’s, ‘In a beginning.’ Which means!” He looks expectantly at us as though the answer is obvious. “It may be possible for me to become a reality-hopping, universe consuming entity!” –Ah, we should have guessed.