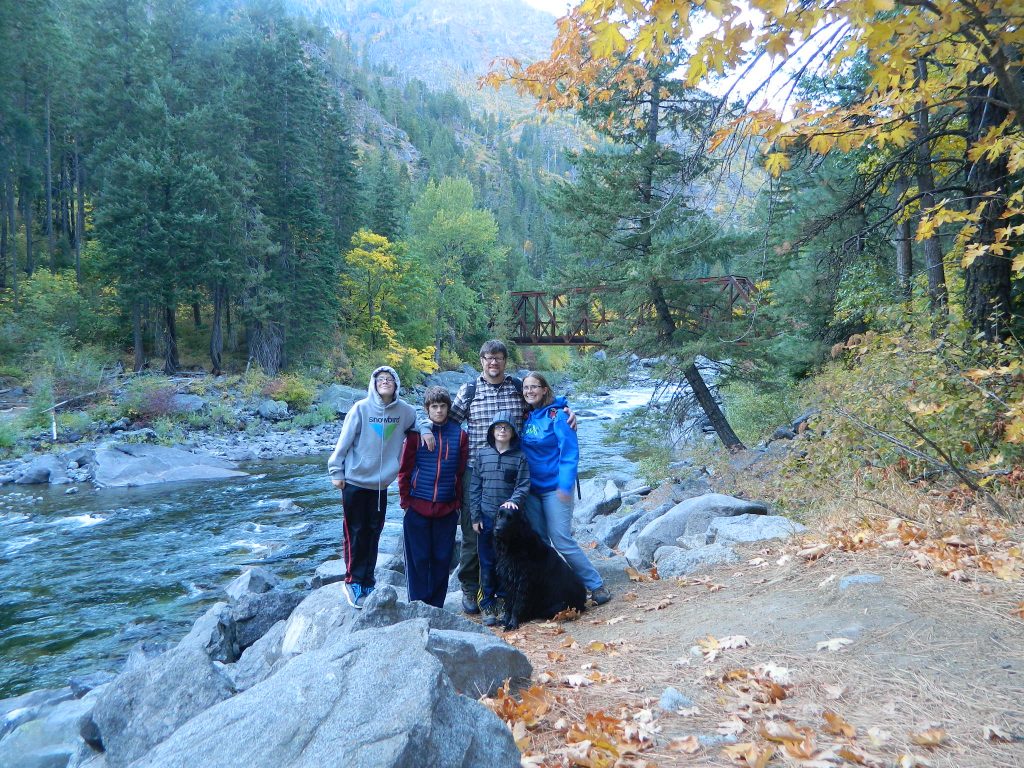 After school last Friday, we picked up the boys for a short hike along the Tumwater Pipeline Trail. 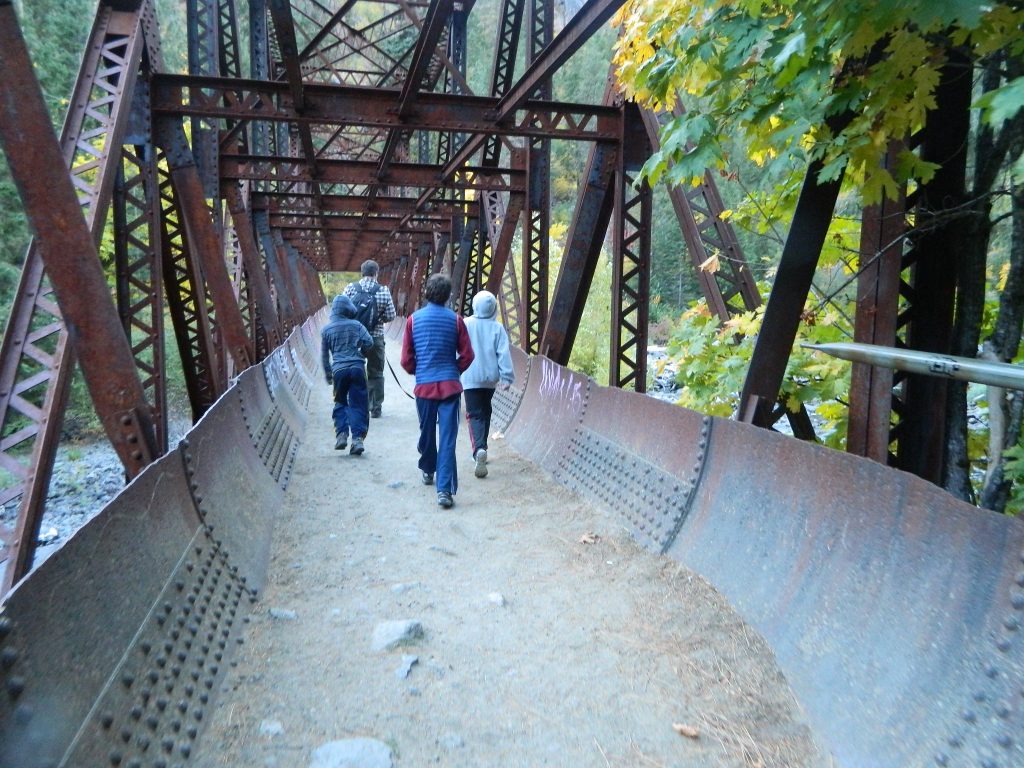 The bridge across the Wenatchee River was fascinating as well as lovely. There were many high school students posing here and there getting their senior pictures done. Some of them even expressed interest in having Leia in their photos, but she was too busy sniffing things and saving her family from certain doom. 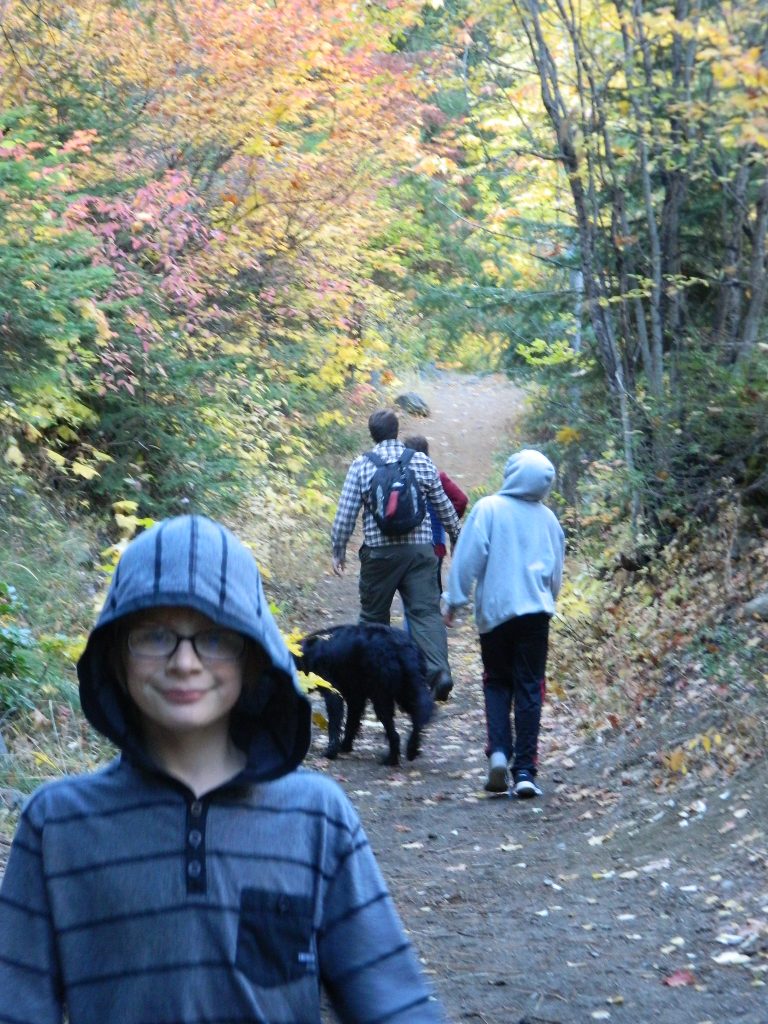 The Autumn color was fantastic, although certain children were more willing to be photographed enjoying the aforementioned beauty than others. 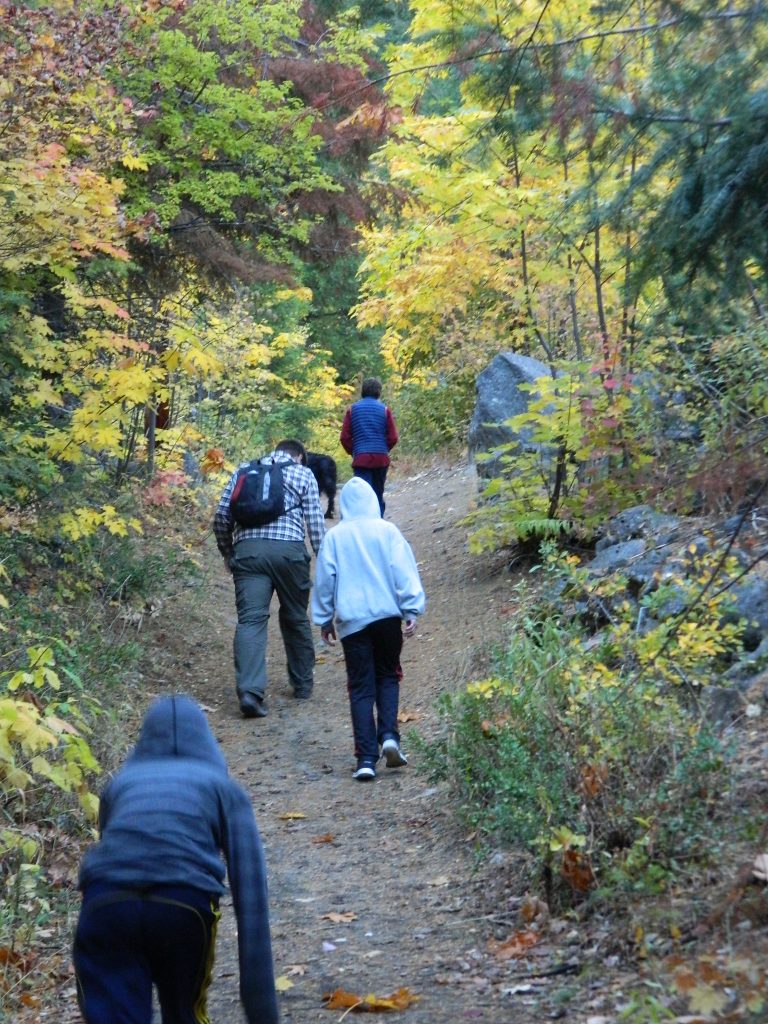 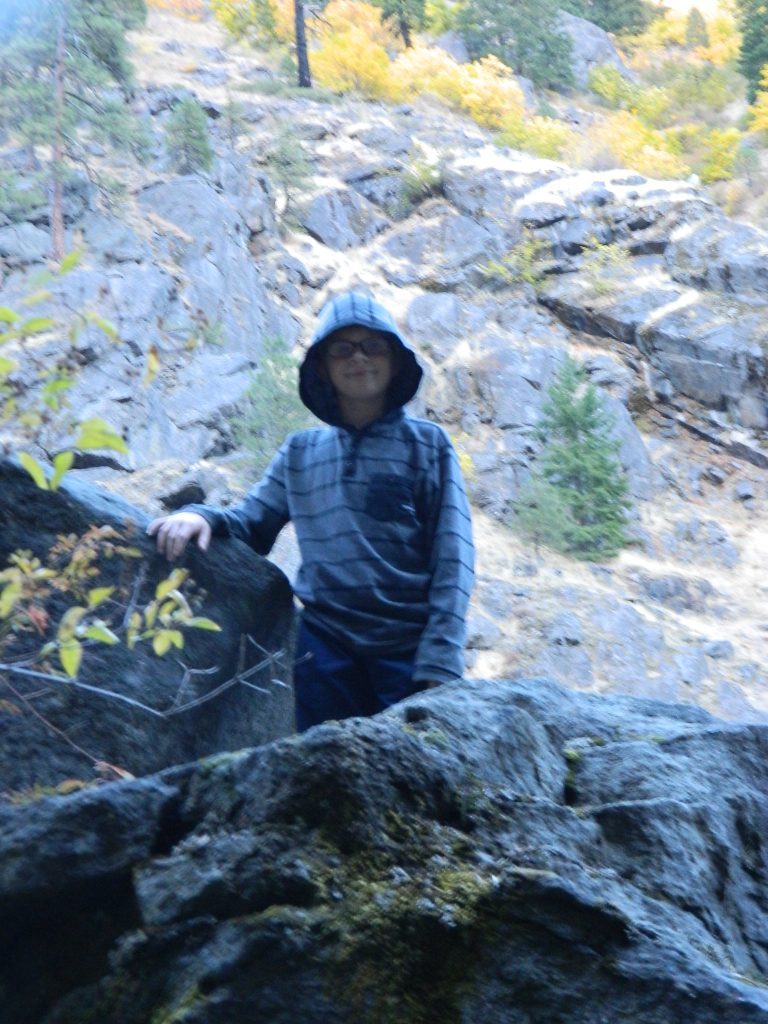 The Hunky Hubby and I have raised one willing model, the others … well, let’s just say that I use my wildlife photography skills to sneak up on them at unexpected moments. 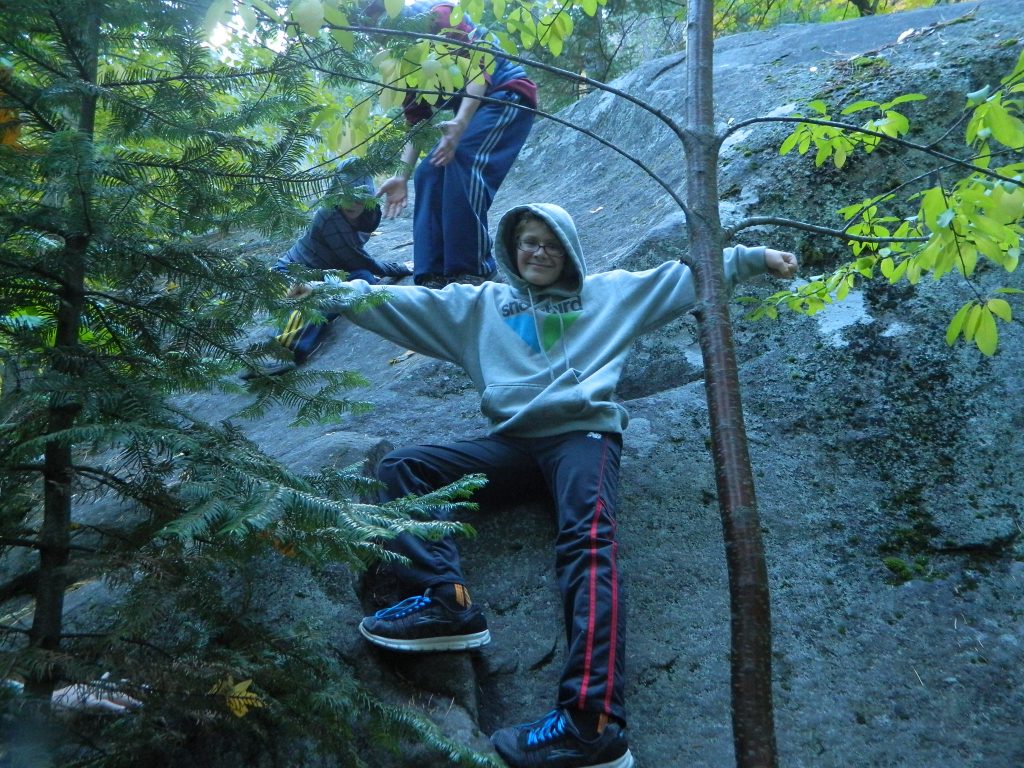 Or, in the case of this amazing photo, I have occasionally stooped to bribery … or would that be “succumbed to coercion?” A certain middle child may have wanted his mother to attempt to scale a large and scary rock and when that mother said she did not need to climb such an obstacle to find fulfillment in life, that child might have agreed to pose (with a real smile, note the genuine joy and twinkling eyes) for a picture, if only his mother would give the boulder a try. 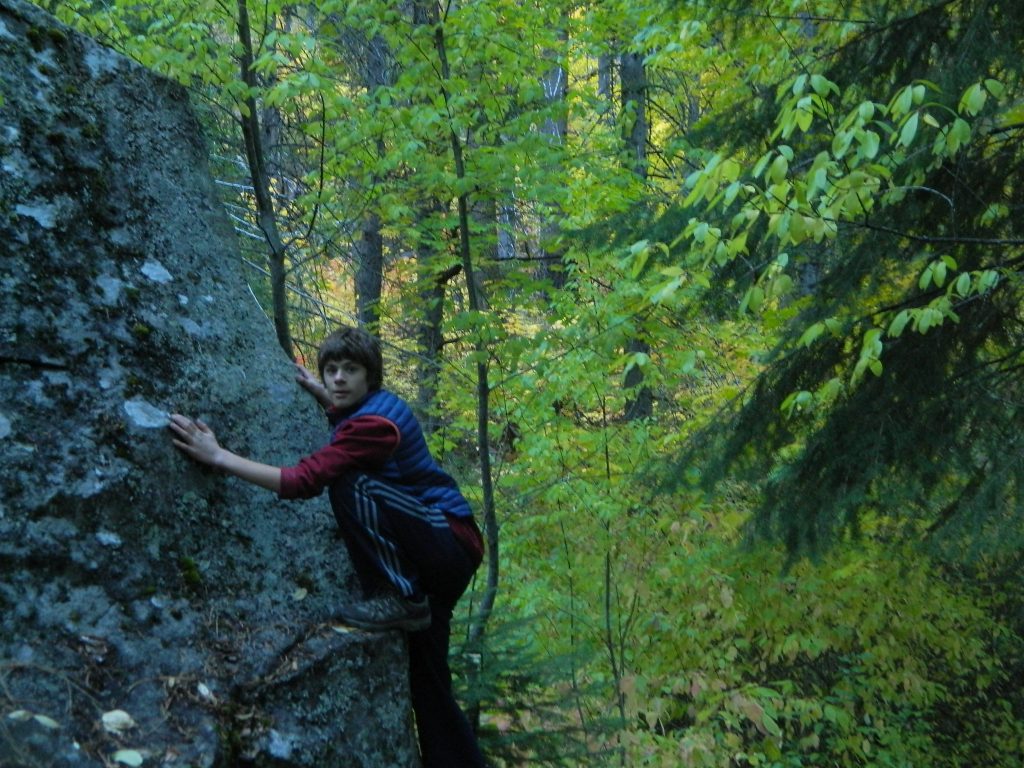 Others in the family were much more accomplished in the boulder scaling category. Princess Leia Freyja was racked with terror as she watched me trembling upon the face of the ominously slick boulder I had pledged to scale. 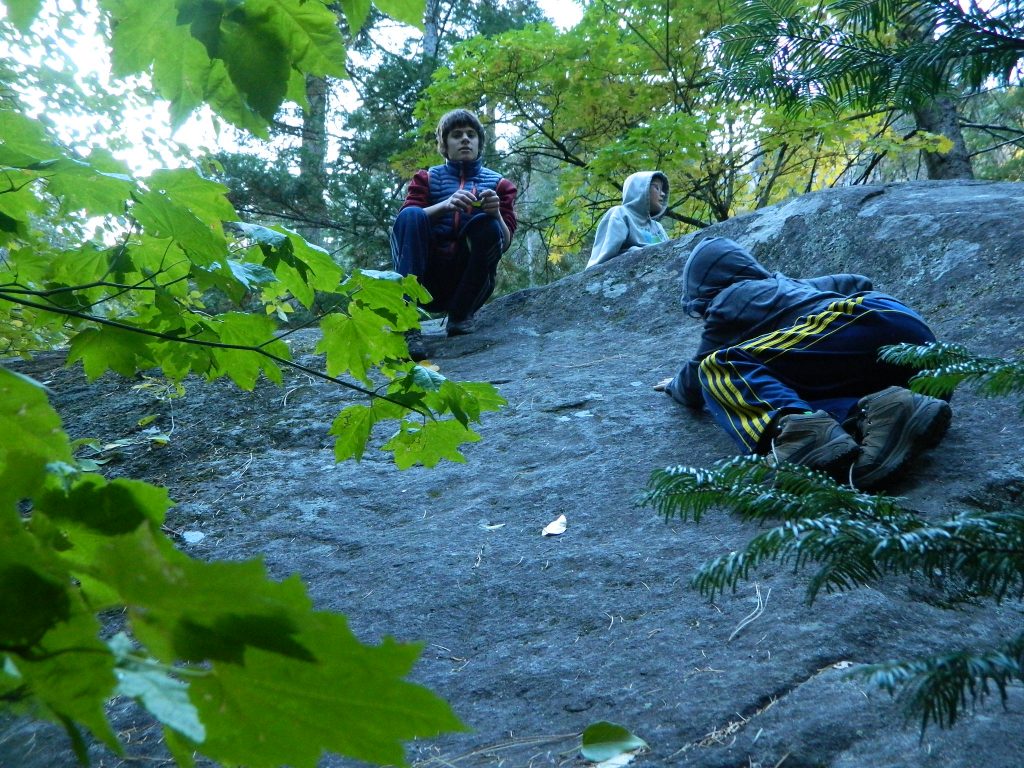 She plunged and howled and leaped up at the boulder. I descended, to comfort her of course … not because of any overwhelming terror dwelling within my heart or the slippery lichen or the long drop below where I could envision myself landing with a good solid crunch followed by the discovery of two compound fractures, a concussion, and a sudden aversion to hiking. Of course not! 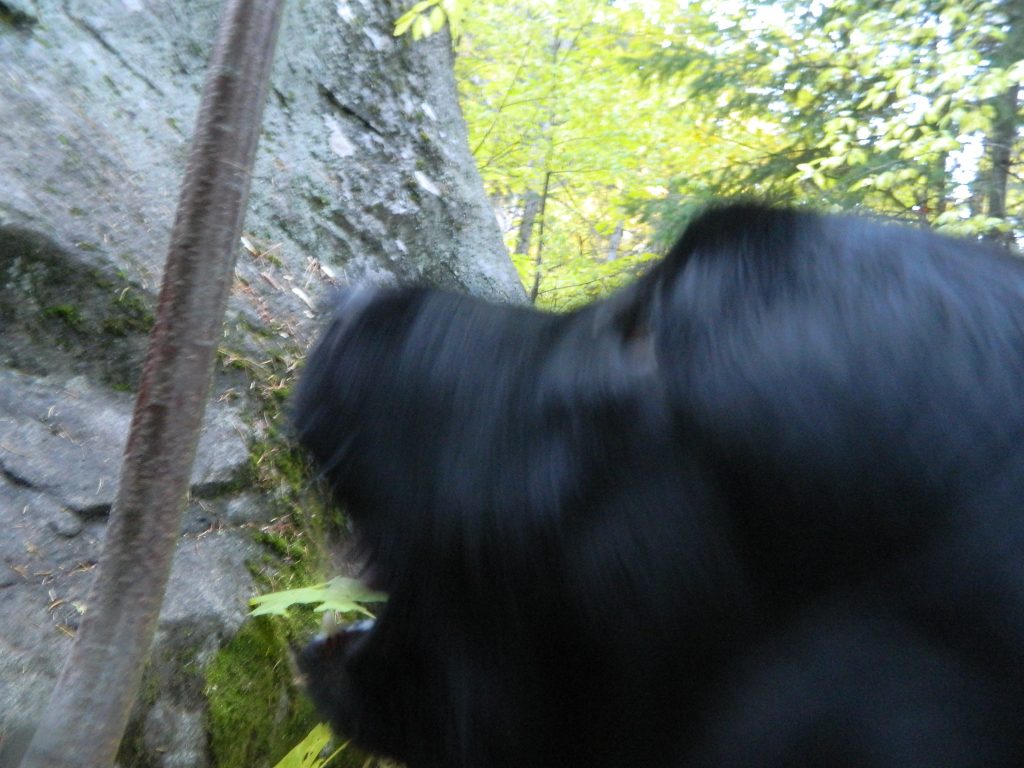 I then did my duty as the official “Leia Restrainer” while The Hunky Hubby and all three of my sons scaled the boulder. Leia was not pleased! Much wrestling and leaping ensued, followed by a heartrending and warbling series of whines as she watched her boys frolicking away from her to certain doom. 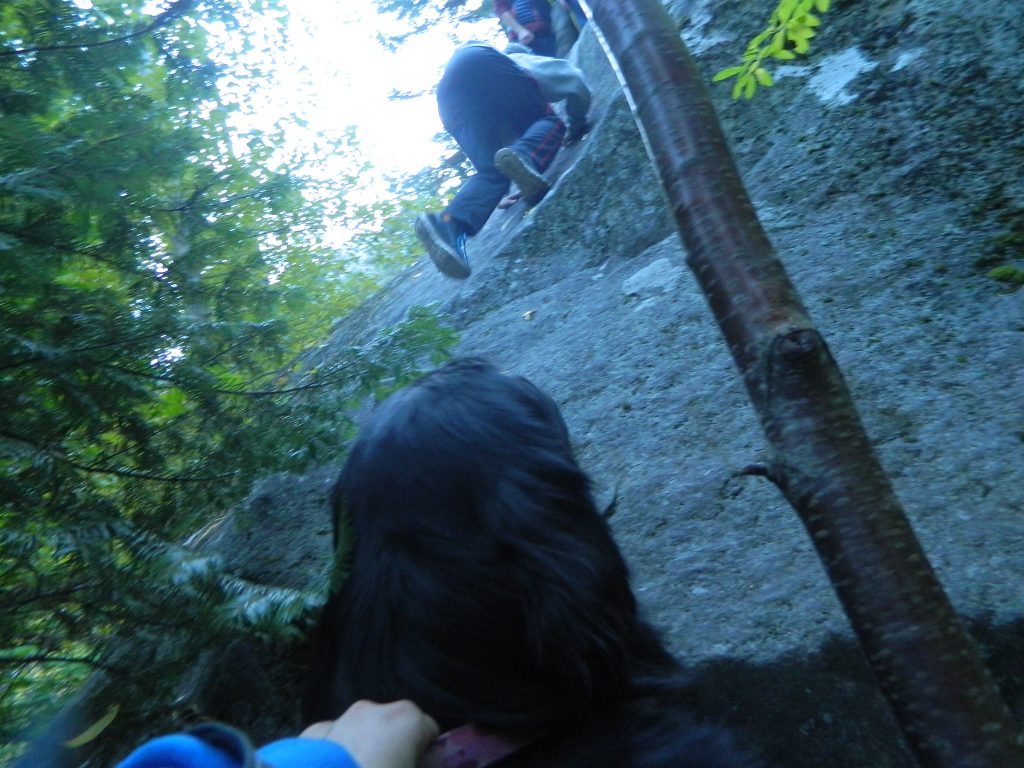 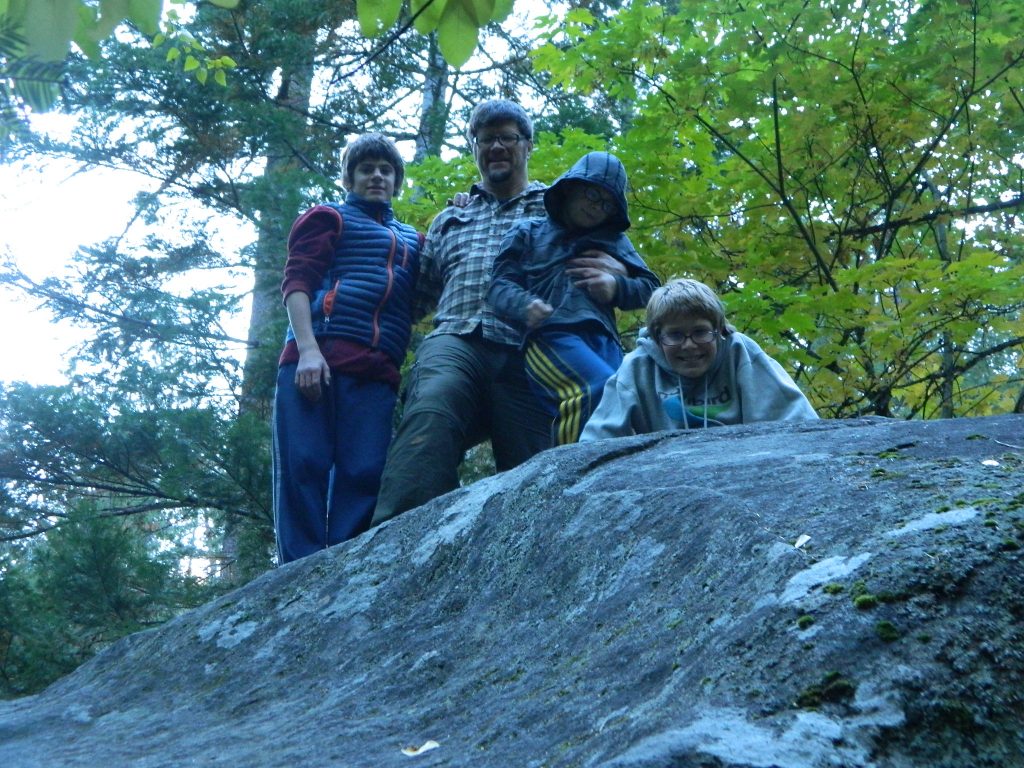 They proceeded to enjoy the experience, despite their doggy’s chastising words … er … howls. 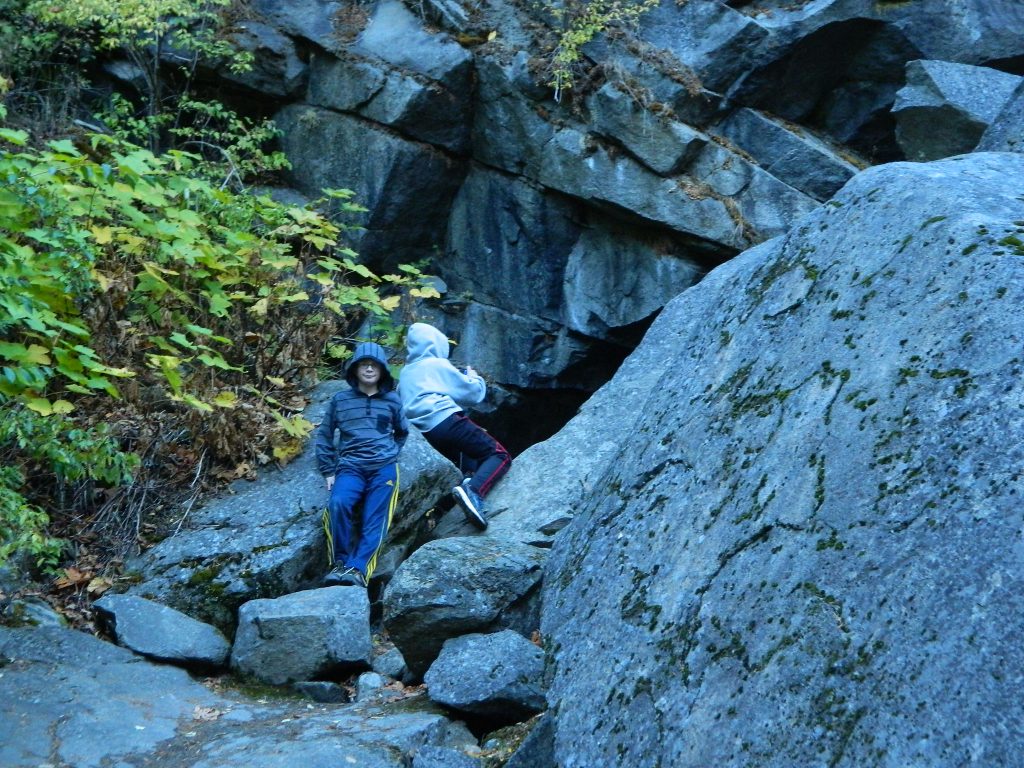 Finally, we reached the very stinky but fascinating tunnel at the end of the trail. 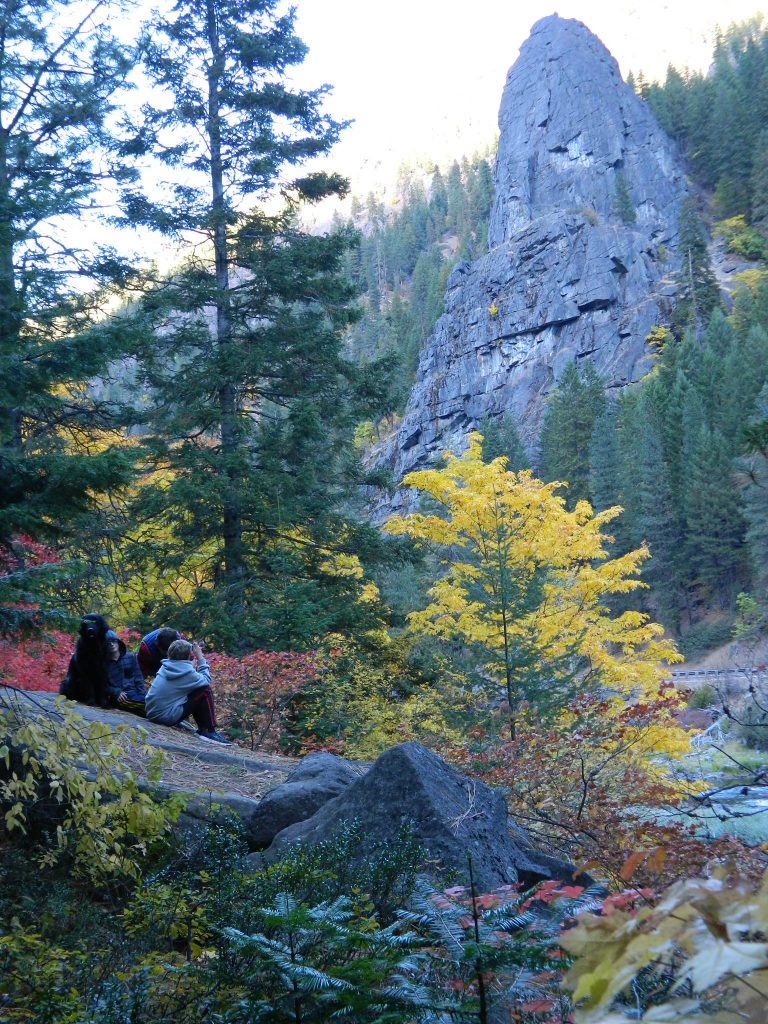 Between the lovely fall leaves, fabulous collection of large boulders, and crashing wildness of the river tumbling down Tumwater Canyon, it was an amazing after school hike. 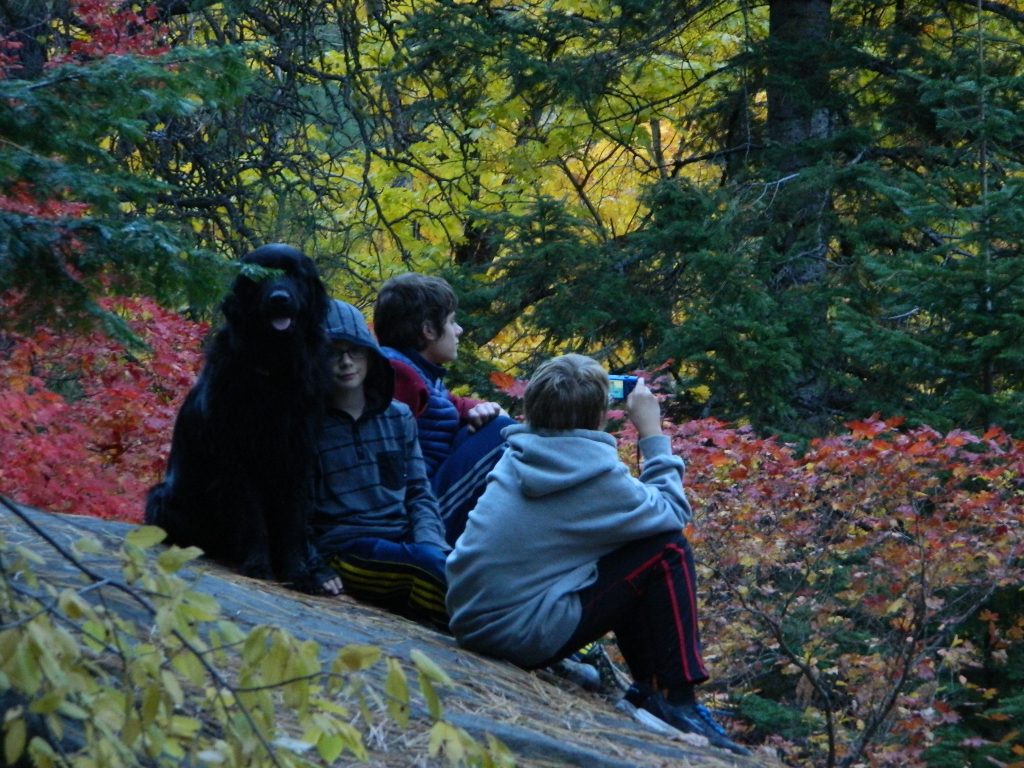 But for Leia, I think she was happiest to just be together, on a nice flat spot, where she could properly protect her boys.