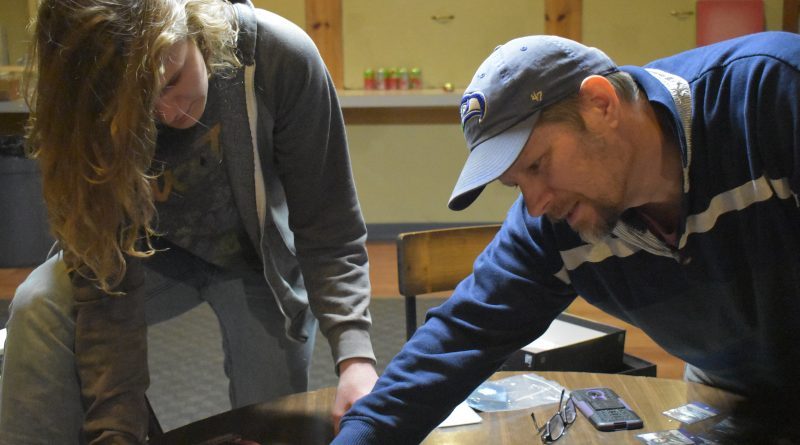 Harrowing/Heartwarming Parent Moment of the Week
May 15, 2021May 15, 2021 Kristen 0 Comments #adventuresinparenting

I am the shortest person in our household now. So when I reached up to grab a mug from an upper shelf, I couldn’t get it down without tipping it. This was a mistake as someone had filled the mug with the last of the Cinnamon Toast Crunch! Cinnamon, Sugar, and Cereal crumbs rained down upon me. Covering my clothes and dusting my hair. It was a worthy trap.I walked into our bedroom and saw that someone had pulled a tube sock over each of the lightbulbs on the ceiling fixture. Upon further investigation, it was discovered that none of our three pesky sons did this. The camp intern also claimed innocence. Who could have done this? Scruffy smirked tellingly as I investigated.

I was awakened from my peaceful slumber by a terrible crashing noise. I stumbled out into the living room to investigate. My youngest also stumbled out of his room, blinking sleepy eyes. What could it be? You guessed it. The noise came from Theo wildly banging his vitamin organizer a dozen times on his desk in order to thoroughly kill a spider that dared to creep near Theo’s domain!

Scruff ran into Safeway on Mother’s Day to grab some snacks. One of his work boots was untied as the lace is deteriorating and it keeps coming undone. A little old lady stopped him to remark upon this. He paused and quick as a flash, she bent and started tying his shoe for him. Scruffy blinked, amazed and not sure what to do. He is a fifty-year-old man and fully capable of tying his own shoelace. He is also a busy man and doesn’t necessarily stop to do so. The little old lady saw the worn state of his laces and realized that this was why they kept coming undone. “I better make it a double knot,” she stated wisely. All Scruff could do was thank her as she proceeded on her way. Once a mother, always a mother. When he got home … he couldn’t get the knot undone! She was apparently a VERY skilled shoelace expert